Nicki informs me that millennial… men … are now — deliberately, mind you — coloring their hair gray. For gravitas or something like that.

Whoo hoo! I’m gray and balding. The babes will be all over me now.

I do not think that means what you think it means.

Police finding ‘uncommon’ drugs in Gainesville
Kratom is relatively new to the US. It’s used in Asia as an anti-diarrheal medicine but has been increasingly used recreationally. Side effects include severe and prolonged vomiting, constipation, delusions, respiratory depression, tremors, aggressive or combative behavior, psychotic episodes, hallucinations and paranoia.

I guess I haven’t encountered that because people who think vomiting, constipation, delusions, trouble breathing, and paranoia are fun aren’t the sort of folks I want to hang with.

Job tip: Don’t bitch to the entire world about your employer’s popular product because it’s too much work for you.

Worst day of his life. Sticky hands. Never worked so hard. So stressed.

Try setting up a radar-homing missile navigation beacon in a war zone. And hunkering down when you hear missiles have launched. Try digging eleven miles of ditches in the desert. And I’ve washed off worst things than sugary syrup from my hands. Things that called for soap, then bleach, then hydrogen peroxide, then alcohol. Engine grime is nothing. Sugar?

Suck it up, buttercup.

At this point, Burson’s best bet for re-employment is to claim ADA protection because he’s a mentally under-developed idiot.

On one of those house fixer-upper shows, a couple was showing off the house they renovated. There’s a scene in which the narrator speaks of the couple adjusting to “country life” as the young idiots dump feed corn into a feeder for the deer.

Not sure what state they’re ion, so maybe they weren’t breaking wildlife laws.

But just a couple of minutes later wifey is lamenting the loss of her brand new, beautiful, ultimate bouquet: her fancy flower bed. Seems — for some odd and incomprehensible reason — the deer she baited in ate her garden.

This happens with flammable liquids, like the gasoline you use for your lawn mower, fireplace fuels, liquor and even nail polish remover. Advocates say all of those could put you at risk and are missing what they say is a needed safety measure, reports CBS News correspondent Anna Werner.

Aubrey Clark was 17 when a 2011 gasoline accident changed her life and lost her her voice. She was at a friend’s house for her birthday party with a few friends when one friend got near an outdoor fire with a gasoline can. Clark was some 10 feet away but said flames shot out of the can.

I’ve got an easy fix for that: Don’t put gas cans near fires.

This article doesn’t have any statistics on how often this happens, but I wonder… Care to bet whether this started peaking after 2009, when the idiot feds mandated vapor recovery/anti-spill gas cans? The ones that don’t work (and which sparked a retrofit industry)? See, a decent gas can had a vent and plain nozzle; if vaopr pressure built up — say, from heat — the vapors would simply escape. And expanding vapors cool, minimizing the chance that they’d ignite. If it did ignite, pressure would be too low for much of a jet.

These new “improved” cans won’t let vapors easily vent off. So pressure builds. And builds. And get hotter. Until the vapor reaches ignition point and shoots out.

Thanks, EPA. And rather than admit they fucked up, they’re going to add yet another gadget to cans to further restrict flow. And very likely restrict venting even more, so that cans will simply exploded.

Oh, that’ll be much better.

So there’s this — Californian — woman suing Monsanto over RoundUp giving her cancer.

Lawsuit accuses Monsanto of manipulating research to hide Roundup dangers
Mendoza blames glyphosate, the main chemical ingredient in the weed killer Roundup, which she used on her lawn every weekend.

Yeah; with that level of exposure, pretty much any weed killer could have negative effects. I have a little professional experience with weed killers. You know how often I applied it to my sites?

You know often Monsanto says to use it?

ONCE. And you can find that same one-time application advice on plenty of non-Monsanto web sites (I did).

Maybe this woman should have used the product in accordance with the instructions, instead of some 52 times the recommended amount.

I didn’t vote for Clinton, Trump, Johnson or any of the other excuses for… well, there’s no excuse for ’em. But I went with the Extinction Level Event. Possibly my candidate is winning, albeit a little after the fact.

Alleged comedienne Silverman (decorative, but has she ever been humorous in public?) and a former Obama staffer are calling for a thoroughly unconstitutional military coup to oust the duly elected President.

The lefty world is going insane over an immigration executive order that may actually be the first outright legal and constitutional thing an American President has done in years.*

North Dakota Sioux, protesting the as-yet nonexistent extension to the extensive oil pipeline system, are trying to evict their co-protestors from their reservation. So far unsuccessfully.

* I admit it; given what I expected of Trump, “legal and constitutional” surprised the hell out of me.

Interested in testing a feature that lets Tesla owners unlock and power their car using their smartphone, Ryan Negri decided to leave his keys at home when he went for a drive around the canyon yesterday.

Nope. Not an app failure. Put the blame where it belongs: primarily with the idiot for using it, and then not realizing that a communication app would need… comm to reach the car. Secondarily with Tesla for making the “feature” available.

Not being in the Tesla set, I had no idea the company had done something as monumentally stpid as…

The keyless smartphone feature, which is available through Tesla’s iPhone and Android apps, lets users remotely monitor and control their Tesla Model S without their key. One of the main features of the app is the ability to “unlock and drive Model S without your key”.

I haven’t researched this, so I’m guessing and giving Tesla benefit of the doubt. You have to know the car’s phone number. It should only accept commands from the owner’s phone number. It’s probably an SMS system that sends a PIN code.

So now car thieves just need to figure out what number blocks Tesla uses in an area, look up the an owner’s phone number, and text random numbers until the car unlocks and starts. Is any other company doing this?

I fully expect to start getting weird text messages on my phone containg random strings and Tesla commands as folks start war-dialing for cars.

Oklahoma speeder caught at 208 mph
Nineteen-year-old Hector Fraire first tripped a radar gun doing 84 mph on the Kilpatrick Turnpike in Oklahoma City, before speeding away as police tried to pull him over.

According to the Oklahoma Highway Patrol, Fraire’s 2011 Ford Mustang was then clocked doing 176 mph and 208 mph, and tried to elude the chase vehicle by turning off his headlights and brake lights.

I guess the Mustang debacle of the late ’70s/early ’80s is well behind them. I recall racing against a ’79 model with a VW Rabbit. I beat him in acceleration and top speed (don’t ask; I don’t know statute of limitations). 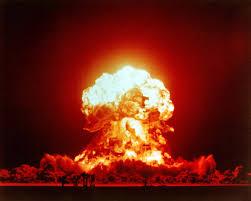